Speak out! How does casual, insecure work impact you?

Insecure work is casual, gig economy or contract work. Insecure work means you have no guarantee of hours or ongoing work, and the lack of security in your job means that it’s harder to stand up to exploitative bosses, fight back against wage theft and protect your rights at work. Young workers deserve to fair, secure rewarding work which doesn’t leave you worried about paying the rent or wondering if you’ll ever be able to save some money.

The Australian Senate Select Committee on Job Security is conducting an Inquiry into the impact of insecure employment on the economy, wages, social cohesion and workplace rights and conditions. They want to know what impact insecure work has on young workers. We need your help to build the case for a better future for all young workers.

Help us to make work fairer, safer and more secure for young workers by telling us about your experiences. How does casual, insecure work impact on your life now and your hopes for the future?

Our 2020 survey of young workers revealed that although 45% were injured at work in the last 12 months, 22% said they did not feel able to raise health and safety issues at work for fear of losing their jobs. Insecure work facilitate wage theft with 27% of respondents saying they were underpaid in the last 12 months and the same percentage say they do not feel able to raise underpayment with their employer for fear of losing work.

The pandemic has exposed the impacts of this insecurity. The industrial relations system is failing us: a generation of young workers who  can’t take action to ensure their entitlements are met and their workplaces are safe without facing the very real prospect of being unemployed or underemployed.

Insecurity of employment for young workers, combined with the Federal Government’s arbitrary restrictions on eligibility for JobKeeper income support created a black hole for many young casualised workers during the pandemic. Unemployment rose
massively from 15% to 35% between March and August 2020. Most did not qualify for JobKeeper and more than one in five reported they were ineligible because they were casually employed and had been with their employer for less than 12 months.

Tell us about your experiences as a casual, contract or gig economy worker and we will include your story as part of the Young Workers Centre submission to the Senate Enquiry. Please don’t identify any individuals in your story and we will make sure that you are not identified.

Tell us about your experiences as a casual or insecure worker. What impact does insecure work have on you financially, personally, and on your rights and safety at work?

You can find out more about the Senate Inquiry here. 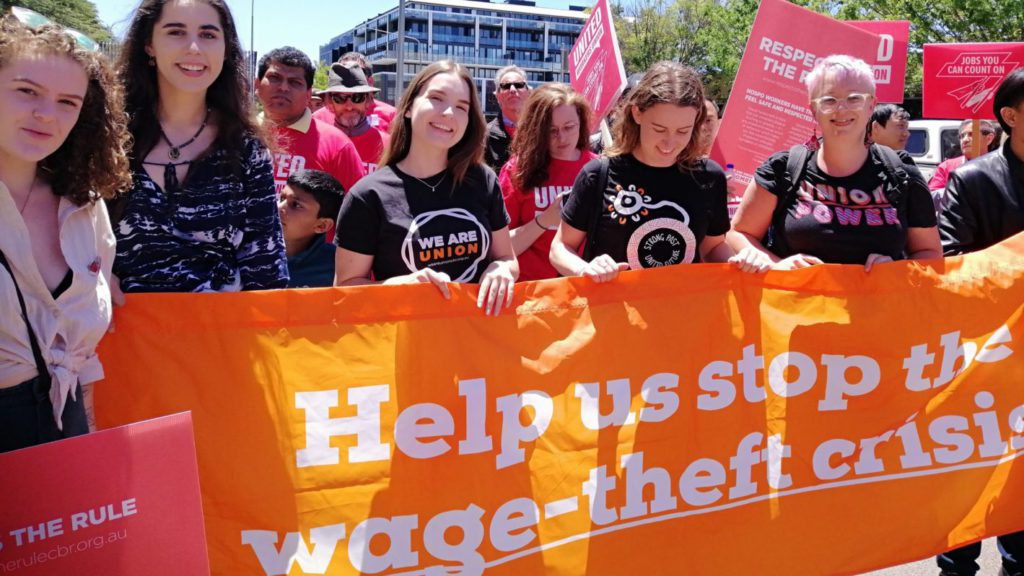